It all started in 1745 when the farmer Ole Husum discovered ore. A license to mine was granted in 1748, and the operation in Folldal had begun. At the time, the company was called Fredrik Gaves Verk. The first mining period lasted until 1878, when low prices of the mine's products and high transportation costs brought operations to a halt. The site lay dormant until 1906. A young engineer called Worm H. Lund was not content with this situation, and had new maps of the mines drawn up. Backed by funding from the British, he established The Foldal Copper & Sulphur Co. Ltd where he himself became the Managing Director. The company embarked on a period of vast expansion and development. A power station, ropeways, workshops and production facilities were built, but also cottages for the workers, a villa for the director, a bakery, laundries and baths for the workforce. Not only a company, but a community, was built.

Mr. Lund was a skilled engineer, but an uncompromising and willful leader. The mining workers organized from 1906 on, and the following years were marked by a long series of strikes and other conflicts. In 1929, a major strike broke out, ending only in 1931. Worm Lund had to leave, after one of the longest lasting conflicts in Norway’s industrial history.

In 1938, The Folldal Copper & Sulphur Co. Ltd went bankrupt. Operations were carried on by the Social Department until the new company Folldal Verk with Norwegian owners was established soon after. In 1941, the main mine was empty, but operations continued based on ore from the satellite mines in the area, which was brought to the enrichment facilities by the main mine on ropeways. When the minerals had been separated, they were sent by another ropeway to Alvdal station for onward transport by rail. In 1968, mining activities were moved to Tverrfjellet, a promising site near Hjerkinn, and the production process followed gradually. A modern and large-scale mine was developed. Mining operations ended in 1993, as extractable resources had been taken out. 245 years of mining activity had come to an end.

In 2018, the Australia-based company Koppar Resources was investigating the old mines of Folldal Verk, with the prospects of possible mining in the future. 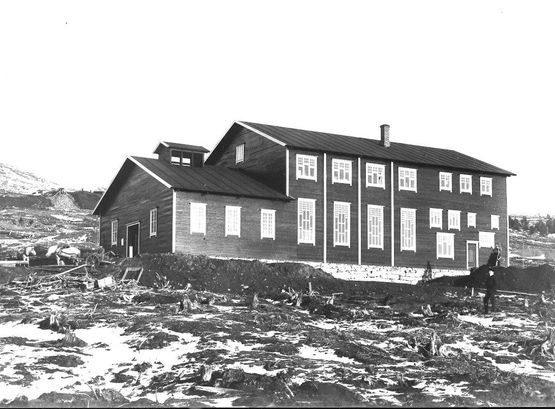 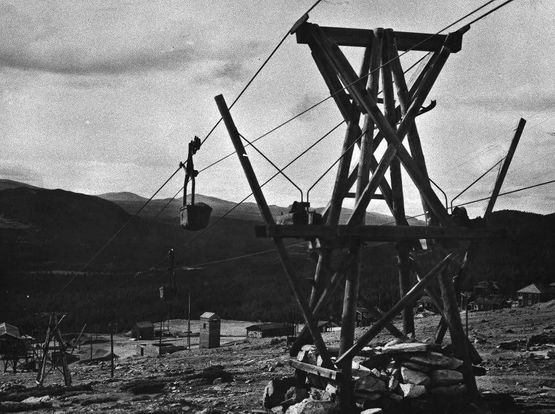 From farming community to industrial village

Since the 1700s, the mining industry has played a significant part in the development of Folldal and its surrounding villages. During the periods the mine was in operation, the ore extraction and supporting services provided employment for many of the locals.

The mine could employ up to 550 people, and the small 20-40 m2 cottages and flats were often home to families of 8-10 people. These living quarters are still in use, but have been extended and modernized.

Grimsdalsgruva:
From 1780 to the 1950s, operation in periods
Ore extraction: Uncertain, but 230 tons were extracted annually during the period 1907 - 1919. The volume indicates a combination of production and trial operation. 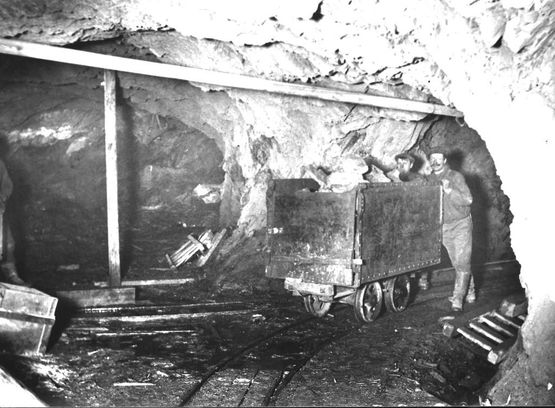