First, there were mountains…

Picture this: The Atlantic Ocean shrinks as Greenland moves eastwards, shoveling up seabed and crashing into Norway. A mountain range of Himalayan dimensions is created. This is about what happened 4-500 million years ago. The old seabed-turned-mountain was rich in Copper, Sulphur and Iron in the area that was to become Folldal. Later, wind, weather and, for the last 2,5 million years, glaciers, has formed the landscape. In Folldal, important traces of the growing and diminishing glaciers and the effects of climate change over the millennia are evident.

Today, new devices make the running of our everyday lives easier. We pay our bills, order goods, set up appointments or interact socially via our smartphones. Like many of the other human-made objects that surround us, phones are made from stone. To find and to use mineralogical resources has always been important to human development. Historians still refer to the Stone Age, the Bronze Age and the Iron Age. The changes in society that marked these epochs of time were caused by new technology used to make artifacts which improved peoples’ lives. Innovation often had its' point of departure in stones with specific qualities, like Copper and Iron. Much later in history, the metals in the Folldal Mountains attracted human attention.

The mapping of geology and extraction of useful resources historically went hand in hand. The map to the right was drawn by Den geologiske Undersøgelse in 1878. You can read more on Norway’s exciting geology on the Geological Survey of Norway’s website. 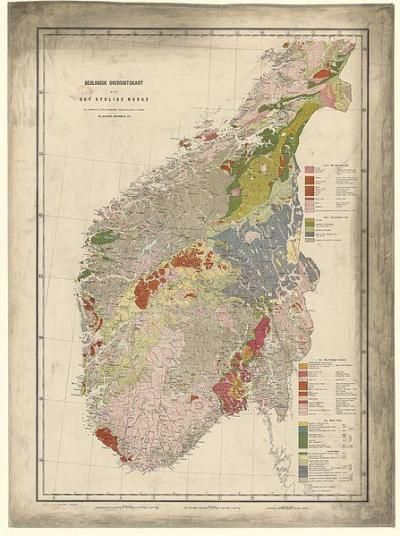